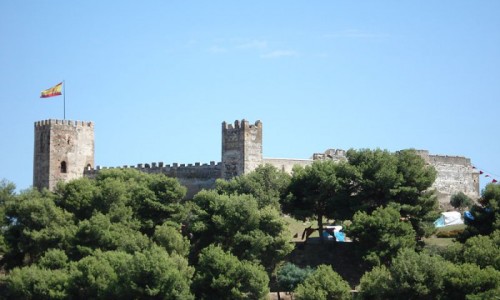 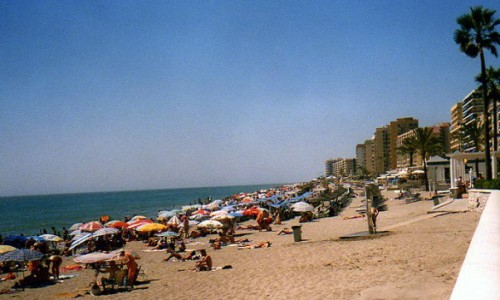 The Fuengirola town has its origins in Phoenician, Roman and Arab civilisations.
The foothills of the mountain range behind the town to the south are the site of Sohail Castle, which contains remains of an early Ibero-punic or Phoenician settlement, later occupied by the Romans, which became a town known in antiquity as Suel. Suel was identified by the Roman historian, Pomponius Mela, as one of the towns of the coast, and was cited by Pliny in the 1st century AD as a fortified town or oppidum. A later historian, Ptolemy, identified it during the 2nd century as being located in the region of the bastulo-penos or Phoenicians.

The inscription on the pedestal of a statue found near the castle mentions Suel as being a Roman “municipium”. A funeral urn found in the same area has an inscription containing the word “Suelitana”. Roman baths were discovered in 1961 and, close by, the remains of a Roman villa containing two sculptures, one of which is the well known “Venus of Fuengirola” exhibited in the town’s museum. A series of architectural components, probably transported from the Mijas quarry during the Roman era, were discovered in Los Boliches in 1984; these have now been mounted to form a temple entrance, and can be seen on the promenade at Los Boliches.

The castle was built by Abd-ar-Rahman III in the mid-10th century. The city of Suel ceased to be mentioned at the beginning of the Middle Ages. After several centuries, the name of the settlement changed from Suel to Suhayl, which became the name of the castle and surroundings during the Moorish era. Suhayl became a fairly large settlement, which included farmland and small villages. Most of the surrounding area seems to have been used as pasture for the Moorish rulers’ camels. One of the most famous people from Fuengirola from this period is the famous writer and scholar Al-Suhayli (literally the man from Suhayl) who lived from 1114 to 1185 and is now especially well known as one of its seven saints of Marrakesh, where he was buried.

In the early Middle Ages the town was set on fire and its inhabitants fled to Mijas. Suhayl became a mound of ruins, and even its name was changed to the Romanised Font-Jirola, after the spring arising at the foot of the castle, according to historian Alonso de Palencia.

In 1485, when only the fortress remained, the settlement was reconquered by the Christian Monarchs. An attempt to repopulate the site with 30 people failed, and in 1511 it was registered as uninhabited, apart from the fortress and a watchtower. Land originally set aside for Fuengirola was reallocated to Mijas.

In the 17th century, a new urban settlement developed, once the threat from Turkish and Moroccan pirates disappeared, and at the beginning of the 18th century, an inn was opened near the beach, offering accommodation to travellers, muleteers and seafarers. A few huts were built nearby, forming a small village.

The Battle of Fuengirola took place in the area during the Peninsular War, on October 15, 1810, when approximately 200 Polish soldiers of the Duchy of Warsaw defeated a mixed British-Spanish force numbering some 3,000 soldiers under Lord Blayney.

In May 1841, Fuengirola was administratively detached from Mijas; at the time its inhabitants were mainly engaged in fishing, agriculture and trading with ships that dropped anchor in the bay. For over a century, fishing and agriculture remained the main activities.

It was only in the 1960s that Fuengirola entered a new phase, to become a leading tourist centre.

Fuengirola now offers all the facilities to be expected of a major tourist centre – hotels, restaurants, bars, clubs, discothèques, semi-legal sex trade, sports clubs, a yacht harbour, and broad beaches along a promenade extending east and west from the town, that includes smaller adjacent villages.

Of the approximately 72,000 inhabitants registered in the municipality, 25% come from other countries, mainly European (England, Ireland, Scotland, Finland and Sweden, among others), and also from Morocco and Argentina. In the summer especially, the town plays host to throngs of visitors both Spanish and foreign, but in particular British. The English community in particular is large enough to support a fully developed programme of activities and local groups.

The Zoo is well known. Once an old-fashioned collection of cramped cages, the zoo was modernized in 2001 to feature “tropical-forest” dwellings. The zoo specializes in captive breeding for endangered species, chimpanzee-group research and tropical-forest education. Known as Bioparc Fuengirola since 25 March 2010, it now markets itself as a series of natural habitats for specific species.

Although Fuengirola is a comparatively developed resort, it does also have a number of historical sites and open parks. The old port is still used by the local Spanish fisherman. The Arab castle of Suhayl, or Sohail, remained an abandoned ruin until renovations began in 1995. In 2000 the interior of the castle was completely renovated and the Sohail castle begun to host festivals and concerts throughout the summer. Additional landscaping was completed in 2002 and the castle is now one of the highlights of Fuengirola’s cultural and historical scene.

The town is largely urban in character, with many high-rise blocks of flats – many towards the seafront – although some narrow streets can be found with many low-rise villas. Considerable commercial development is underway further inland, towards to the north of the town, with the recent construction of a large shopping centre and retail park and ongoing development of housing areas. A large branch of El Corte Inglés opened in 2006 in the inland suburb of Las Lagunas.

In 2010 Fuengirola opened a 50m swimming pool. At the beginning of 2010 a purpose-built skateboard, rollerblade and bike park complete with graffiti wall opened.

Fuengirola, and some of the intervening villages along the coast, are served by the C-1 commuter rail service from central Málaga, run by Cercanías Málaga.

Manage cookie consent
In order to provide you with an optimal experience, we use technologies such as cookies to store and/or access device information. If you consent to these technologies, we may process data such as browsing behavior or unique IDs on this website. If you do not give or withdraw your consent, certain features and functions may be affected.
Manage options Manage services Manage vendors Read more about these purposes
View settings
{title} {title} {title}