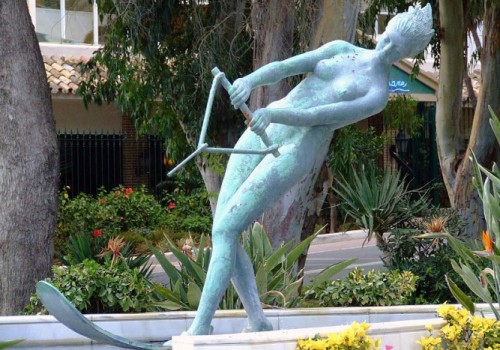 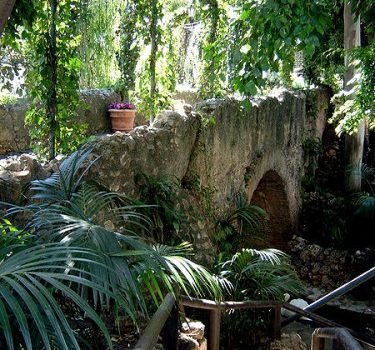 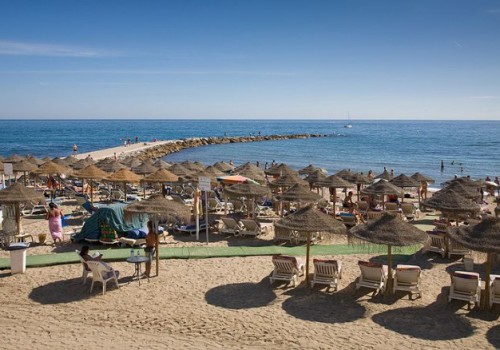 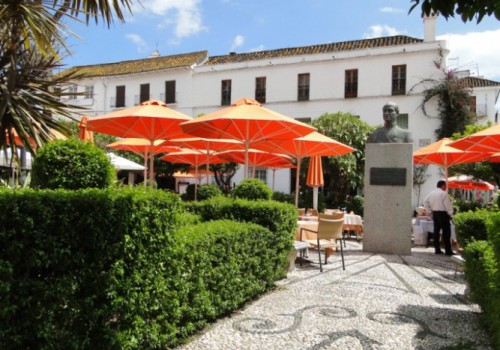 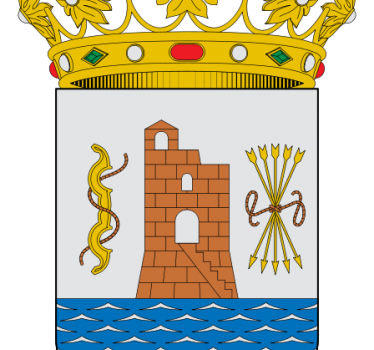 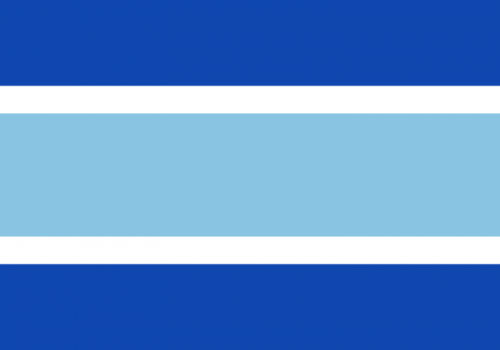 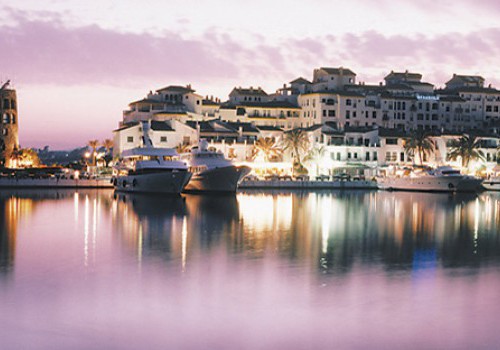 Marbella in Andaluisa – Archaeological excavations have been made in the mountains around Marbella, which point at human habitation in Paleolithic and Neolithic times. There are also remains of Phoenician and later Carthaginian settlements in the area of Rio Real. In Roman times, the city was called “Salduba” (Salt City

During Islamic rule, the Moors built a castle in this city. The name Marbella, which is derived from Marbil-la, dates from this Islamic era. The traveller Ibn Battuta characterised the town as “a pretty little town in a fertile district. In 1485, the city fell to Christian forces.

In the 1940s, Marbella was a small jasmine-lined village with only 900 inhabitants. But this soon changed when Prince Max Egon zu Hohenlohe-Langenburg and his heir Alfonso de Hohenlohe experienced a problem with their Rolls-Royce in the vicinity. This first encounter with Marbella so impressed Alfonso that he decided to buy land commercially, marketing the area as a tourist destination. In 1954, he opened the Marbella Club Hotel; his son had recently returned from California and the hotel was loosely modelled on the motel style with lower pitched terracotta roofs among 23,000 trees.

Given Alfonso’s maternal membership in Spain’s titled aristocracy (his mother, Doña Piedad Iturbe and Scholtz, was the Marquesa de Belvis de las Navas), and his paternal kinship to the royal courts of Europe, the hotel quickly proved a hit with vacationing members of Europe’s ruling elites, and those privileged to socialise with them in casual yet discreet luxury. Don Jaime de Mora y Aragón, a Spanish bon vivant, brother to Fabiola, Queen of the Belgians, Adnan Khashoggi and Guenter Rottman, were frequent vacationers.

Typical was a gala held in August 1998 as a fundraiser at the Marbella club for AIDS relief NGO. Prince Alfonso presided, supported by the sons of his first marriage to Princess Ira von Fürstenberg, an Agnelli heiress who arrived with her own entourage; Princess Marie-Louise of Prussia (great-granddaughter of Kaiser Wilhelm II) who, with her husband Count Rudolf “Rudi” von Schönburg–Glauchau, would eventually take over the Marbella Club Hotel from Prince Alfonso; and socialite Countess Gunilla von Bismarck.

In 1974, Prince Fahd arrived at the city after having broken the bank of the Casino of Montecarlo.Until his death in 2005, he was a frequent and profitable guest at Marbella, where his retinue of over a thousand people spending petro-dollars was welcome, including the then-anonymous Osama bin Laden.

In the eighties, Marbella continued to be a destination for the jet set, with the most recognizable face being that of Gunilla von Bismarck. However, problems arose in 1987 when Melodie Nakachian, a daughter of Raymond Nakachian, a local billionaire philanthropist and the Korean singer Kimera was kidnapped, putting the city in the focus of the media.

In 1991, the builder and president of Atlético Madrid, Jesús Gil y Gil was elected by a wide majority as mayor of Marbella for his own party, the Independent Liberal Group (GIL in Spanish), promising to fight petty crime and the declining prestige associated with the region. Amongst other things, he used, as an international spokesman for the city, actor Sean Connery who later ended this relationship after his image was used for electoral purpose by Gil.

The city also experimented with extensive building activity under the administration of Gil, with critics stating that this construction was often performed without regard for the existing urban plan and thus new plans were stopped by the Andalusian government. Something of a maverick, Gil despised town-hall formalities instead ruling from his office at the Club Financiero. Criticism was levelled at Gil by the major parties of Spain (Spanish Socialist Workers’ Party and People’s Party) but this did not convince enough voters to oust him and Spanish celebrities continued to spend summers there. Gil’s GIL extended to other Costa del Sol towns like Estepona and across the Strait of Gibraltar to the Spanish African cities of Ceuta and Melilla.

This period brought an appraisal of the city but also investigations of corruption. Eventually, Jesús Gil was forced to resign in 2002 after being jailed for diverting public funds for Atlético. He was succeeded by Julián Muñoz, a former waiter then well-known for being romantically engaged with singer Isabel Pantoja with more than one hundred trials for corruption following. Muñoz was overthrown by his own party which elected Marisol Yagüe, a former secretary, as the new mayor. Muñoz and Gil took part in a scandalous debate on television where both accused each other of having robbed public funds.

The situation exploded in March 2006, when Yagüe was jailed as the city council was near bankruptcy. According to unsubstantiated testimony, Muñoz and Yagüe were puppets in the hands of Antonio Roca, a councilman who got the job after failing in private business and gathering substantial wealth while working as a public servant. While Yagüe was in jail, the city council was run by Tomás Reñones, a former Atlético Madrid football player, who ended up in jail as well. On April 8, 2006, the Spanish government decided to suspend the council, the first time such a course of action was taken in Spanish democracy

After a short period of interim government, municipal elections were held in May 2007. The People’s Party (PP) gained a majority with 16 out of the total of 26 councillors. The Spanish Socialist Workers’ Party (PSOE) had 10 councillors, United Left (IU) had 1.  The Mayoress is Maria Angeles Muñoz, leader of the People’s Party in Marbella. In the municipal elections of May 2011 the PP won 15 seats, the PSOE 7, IU 2 with three independents elected.

Sights in and around Marbella Sea side of Marbella You can find out more about which cookies we are using or switch them off in settings.

This website uses cookies so that we can provide you with the best user experience possible. Cookie information is stored in your browser and performs functions such as recognising you when you return to our website and helping our team to understand which sections of the website you find most interesting and useful. More info you find in our Privacy Policy

Strictly Necessary Cookie should be enabled at all times so that we can save your preferences for cookie settings.

If you disable this cookie, we will not be able to save your preferences. This means that every time you visit this website you will need to enable or disable cookies again.

This website uses Google Analytics to collect anonymous information such as the number of visitors to the site, and the most popular pages.

Please enable Strictly Necessary Cookies first so that we can save your preferences!