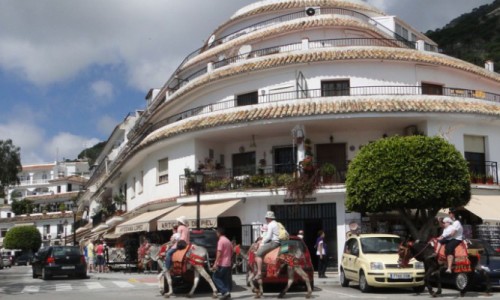 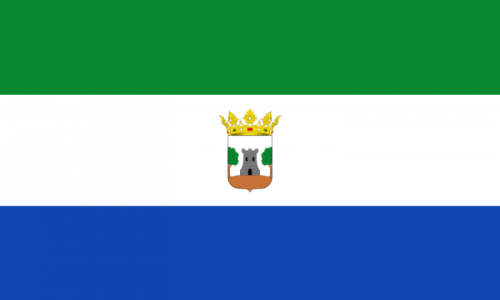 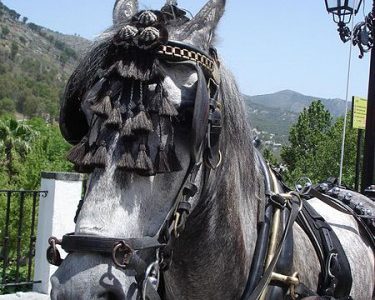 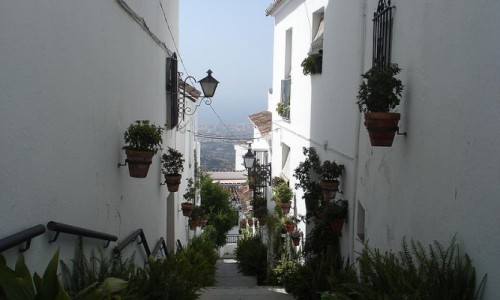 Founded in prehistoric times by the Tertessians, it was known as Tamisa by the Romans; later the name changed to Mixa and finally to the current Mijas. The Romans were replaced by the Visigoths, and then, after 714, by the Moors.

At the time of emirate of Córdoba, it was conquered by Umar ibn Hafsun, remaining under the rule of Bobastro until the latter was defeated by Abd al-Rahman III.

In 1487 Mijas resisted to the attacks of the Catholic Monarchs during the siege of Málaga; later the inhabitants surrendered and were most sold as slaves. During the Revolt of the Comuneros it remained loyal to the Spanish crown, which granted Mijas the title of ‘Muy Leal (“Very Loyal”).

The Climate of Mijas, due to the proximity of the sea, conditions mild temperatures, with an average of 18 °C without heat in summer and little frost in winter. The rainfall is below 600ml per year. They occur mainly between November and January. The town boasts some 2920 hours of sunshine a year

Ascending to the mountains, the climate changes gradually. Temperatures can drop to 10 °C. In the peaks may be some ice in winter, over 600 meters, while precipitation increases to almost 800ml.

You can find out more about which cookies we are using or switch them off in settings.

This website uses cookies so that we can provide you with the best user experience possible. Cookie information is stored in your browser and performs functions such as recognising you when you return to our website and helping our team to understand which sections of the website you find most interesting and useful. More info you find in our Privacy Policy

Strictly Necessary Cookie should be enabled at all times so that we can save your preferences for cookie settings.

If you disable this cookie, we will not be able to save your preferences. This means that every time you visit this website you will need to enable or disable cookies again.

This website uses Google Analytics to collect anonymous information such as the number of visitors to the site, and the most popular pages.

Please enable Strictly Necessary Cookies first so that we can save your preferences!